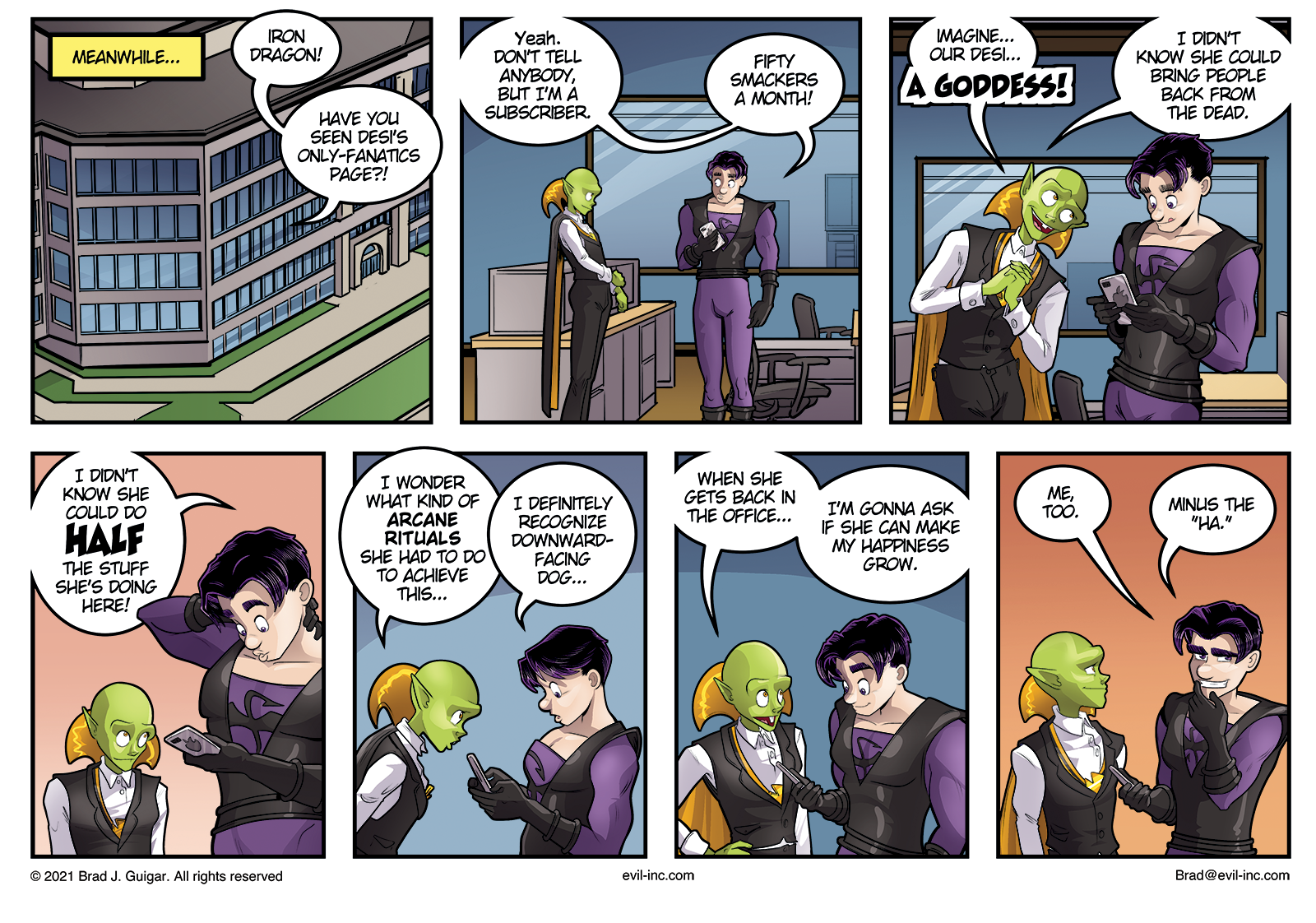 Today's show is brought to you by Wacom — makers of the powerful, professional, portable Wacom One!  Creators of longform comics face unique challenges in building an audience on the Web. Or do they?

Can a vampire by photographed?

Traditionally, it was assumed that vampires could not be photographed because mirrors are used in cameras. However, that was never the case. In a film camera, the mirror was used only in the viewfinder. When the shutter button was pressed, the mirror flipped out of the way, allowing the light to strike the film.

Of course, all of that is pointless because digital cameras don't use mirrors at all! And therefore, some people say, vampires should be able to be photographed by digital cameras.

To understand that, you have to understand why vampires don't cast a reflected in a mirror. In order to turn glass into a mirror, it is passed through a chemical procedure in which a thin layer of silver is generated on the glass surface. Although other metals, like aluminum, are used today, in Bram Stoker's time, the typical mirror used silver.

And silver is notoriously harmful to certain creatures of the night — including vampires.

And that's why vampires didn't appear in film photography. It wasn't the mirror in the camera. Rather it was in the photographic process itself, which involved "fixing" silver to the film media to create the image and washing away the "unfixed" silver. The preternatural properties of a vampire did not allow for its image to be fixed in silver — and therefore it did not appear on film.

So... can you take a picture of a vampire with a digital camera?

Actually, the answer is very much the same. The camera itself isn't the problem. The silver used in computer circuitry, on the other hand, wreaks havoc with the normal processing of a vampiric image.